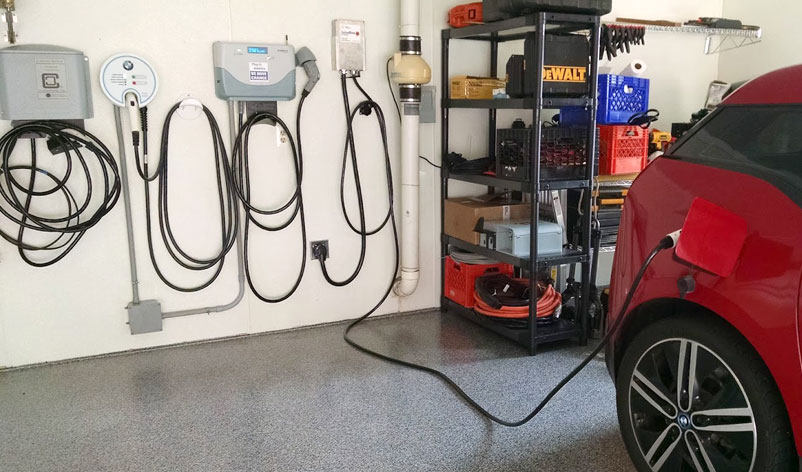 Obscure state board split on change in building code

Caught in the middle is the state Board of Building Regulations and Standards. The obscure agency is in the process of updating the state’s building regulations, and so far appears to be siding with the developers and home builders. At a meeting in February, the board, apparently by a 4-3 vote, decided not to take any action on an electric vehicle proposal that would have required 4 percent of parking spaces at new commercial buildings to be wired for electric vehicles. New homes would require one space to be wired for an electric vehicle.

Felix Browne, a spokesman for the executive office of public safety, which oversees the board, said the February decision does not preclude the inclusion of the electric vehicle measure in the latest edition of the building code, which is still months away from final approval.

With no one knowing whether last month’s decision was final or not, advocates on both sides of the issue came to a board hearing on Tuesday to make their case.

Emily Norton, Massachusetts director of the Sierra Club, urged the board to resuscitate the electric vehicle provision. She said the state’s efforts to reduce greenhouse gas emissions are heavily dependent on the introduction of zero emission vehicles. Without charging stations located in buildings or at homes, she said electric vehicles won’t gain any traction. She likened the situation to people purchasing cellphones without any cell towers to carry their calls.

Norton said the state wants to have 300,000 electric vehicles on the road by 2025, but has only 7,000 now. She said it makes financial sense to approve the building code measure because it costs $1,000 to $2,000 to install the electrical line during construction as opposed to $7,000 when done as part of a retrofit.

Rep. Jonathan Hecht of Watertown told the board the Legislature has a keen interest in the issue. He said 25 lawmakers have signed on to a letter urging the board to include the electric vehicle provision in the building regulations, and many more will add their signatures over the coming weeks.

The Legislature last year approved and Gov. Charlie Baker signed into law a measure promoting the adoption of zero emission vehicles. An early draft of the bill directed the Board of Building Regulations and Standards to amend the state building code to include requirements for the wiring needed to install vehicle charging stations. The bill that eventually became law retained the same language, but was amended to say the board “may” amend the code instead of “shall” amend the code.

Industry officials are pushing back against the electric vehicle requirement. Tamara Small, the senior vice president for government affairs at NAIOP, which represents commercial developers, said her organization opposes the electric vehicle measure as well as a provision that did make it into the code requiring new buildings oriented toward the sun to keep 50 percent of their roof-space free for the installation of solar panels.

“We as an organization don’t believe you should be mandating technology through the building code,” Small said.
Scott Colwell, president of the Home Builders and Remodelers Association of Massachusetts, told the board on Tuesday that customers aren’t buying electric vehicles. “Ninety-nine percent of cars are not electric vehicles,” he said. “You can’t fight the facts.”

Colwell also said the state shouldn’t be picking which technologies to promote. California, for example, is aggressively pursuing hydrogen-powered cars, he said. “I think you’re creating a technology that might be extinct by the time you put it in,” he said.